Songs to rearrange your head…

These are some of the songs about, or triggered by, mental health issues. One day, perhaps, we could hope to produce an album…

2: Disregard 1 – these songs will make you feel, understand and empathise.

3: They’re amazing songs by any standards….

A couple of these songs (Don’t Fade and Blame Marijuana) are from Ross’ – debut album “Yet to be Named” – the last thing he achieved before he crashed. Apart from the drums and a couple of bass lines, the rest of the album is all Ross.

The album has been re-released as “Consumed in Self” by the new band, imaginatively called “Wilson” (Ross and Owen Wilson and Graham Henderson). You wouldn’t believe how long it took to agree on a band name…

The remainder of the songs were written during and after Ross’ psychotic episode and all revolve around the associated experiences. At some stage, we are hoping to record a full-on concept album based on these plus additional material.

Recording Quality – most of these recordings are live off video soundtracks or rough first draft recordings. We will be trying to update with better quality as time (and money) permit. Meanwhile, please bear with us…

If anyone out there has any contacts or suggestions… Enjoy listening, and contact us if you’d like to discuss live or recorded sets for events or conferences.

Allow me to die(Ross Wilson)

Let me be nothing(Ross Wilson)

Get him a doctor(Ross + Owen Wilson)

While I was comatosed(Ross Wilson)

* from the album “Consumed in self” – later changed to “Yet to be Named”.

Our Time to Change TV ad

Read the story and book

First time back on stage post hospitalisation, singing about depression and suicidal thoughts – but briefly on form and in control. It gave us hope…

Having failed to persuade the NHS to do the right thing, in desperation I told them I’d go to the media to help my son. Nothing. But an hour after Andrew Peach interviewed me, I got a call from a very senior person saying it had all been a huge misunderstanding… It hadn’t. They had been embarrassed into agreeing to let Ross remain in the best place. I went off to have a mini-breakdown. I owe Andrew and the BBC a huge debt of gratitude.

A picture from Ross’ journals that, along with scary words and behaviour, triggered my attempt to get him sectioned to stop him going to the USA…

If you are intelligent, well spoken and articulate, but don’t think you are ill – you are so screwed… (under current interpretation of Mental health Act)

“He’s very ill, but he held it together so we can’t section him. Do not let him go the USA… You must wait until he is too far gone to keep control. By the way, the longer he goes without treatment, the less chance of recovery.”

I had a mini breakdown. Ross was not sectioned until nearly a year later…

No-one had any doubts that he was seriously ill. It was moral and bureaucratic cowardice. The system must be changed (and it would also save money).

Killed his guitar in the woods on new years night, videoed himself painting his room red and dark green, and put up signs like these everywhere.

“Yet to be named” was the last thing Ross achieved before crashing. Re-released as with new band as “Consumed in self”.

Smoked dope for a while, but then tried to give up following some scary symptoms. Wrote “Blame Marijuana”, prescient, but sadly too late…

While I was comatosed

Written as an emotional appreciation for the friends and family who visited every day whilst Ross was comatosed in hospital. This human contact was so important and helped so much with nurturing some small sense of connection and feeling with people who love you. Something positive to lift some of the weight of depression and med deadening, something to give hope of recovery.

Ironically, whilst at the time the NHS quoted the need for as much family contact as possible to aid recovery, they are now planning to close all the local in-patient facilities in favour of a central facility in Reading. This will make daily visits for people in this area impossible – it seems that the clinical evidence for the benefits of contact is mootable when it comes into contact with policy…

Get him a doctor

A rock number by Ross and Owen and the new band. I love the energy when they play it live. As usual, the words that say what it’s like are at a premium… 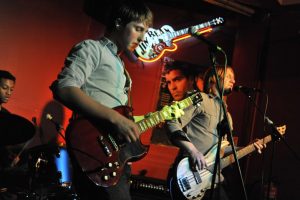 Wake up alone, but don’t you do it
You put a gun to your head on Friday
A hurting man he toils for years
Without reward, unrecognised

Let me be nothing

Ross was seriously depressed after being released into the wild from hospital, despite the anti-psychotics and anti-depressants. We talked often. It’s a very disturbing experience to listen your son talking about the pointlessness of life and the attractions of suicide. I’d regularly rush home from work in response to a phone call from Ross or on hearing the tone of his voice when I had called him. You become very sensitive to the non-verbal cues… He’d often feel better after an hour or so face-to-face. I’d usually have to go to bed, exhausted. 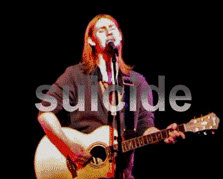 A song about the fears and anxiety associated with returning home after a holiday and hospitalisation to the possibility of life after mental illness – “is there a life still there for me…”. The experience of betrayal by your own mind, by your own thoughts and the subsequent re-writing of your personal narrative as you recover is guaranteed to make a puree of your self confidence.

I felt so happy sad
I’ve been so mopey glad….

This was an attempt to express my feelings of desolation as I gradually lost more and more of my son to mental illness. Lying awake night after night with a stone in my stomach, I felt as though I was forgetting who he really was and that we might never, ever get him back…. Ross and I converted my poem into this song on holiday in France, immediately after his release from hospital. Occupational therapy – but for whom…

I watched Ross become a shambling wreck in hospital, watched him struggling with his demons and despair as the drugs and incarceration kicked-in. We had to do what we had to do, but they don’t warn you about the guilt, a guilt that still comes back to haunt me, that still hurts when I listen to this song and read the words. God the words are so…

Allow me to die

I remember this so well, too well sometimes in the early hours. He became fixated with the consequences of death and decided that he had to “help” us come to terms with the fact that he would die. He felt that we were only hurting ourselves by loving him so much, as it would just make the pain of his death more painful.  And yet he needed us – some of the conversations were heart rending…

Allow me to die
Father
He’s not well
He’s schizophrenic, isolated and depressed
And joyless, hollow and so fake
His laughter
It must be the weed
Son
I am the loony who’s been
Hiding all this time
Biding and brewing
Till you can’t contain the signs
And it hurts you because

You care to much
To be there for me

Mother
But he’s our son
And as parents must crusade
To make sure that he knows that
He’s insane, he’s insane, he’s insane!
Because we love him – he’s our first-born!
To lose him would cremate our very bones
Son
I am the loony who
Be-plagues your sleepless nights
Biding and brewing
Till you can’t contain the signs
And you don’t see it because
…..
One day I’ll die
Would you let me die?
Allow me to die
And you’ll feel more alive than ever

I heard this song in its earliest forms as Owen turned his feelings into music. 16, “A” levels and a brother behaving in more and more bizarre ways as he become increasingly psychotic. Owen took on the role of being a very different support for Ross – separate from his parents and escaping some of the more agonising interactions, he provided a less fraught brotherly interaction and point of contact for the family. Behind the maturity he showed was all this…. I’m not the only one to find this song utterly compelling. I watched a room full mental health professionals welling up as he played his heart. 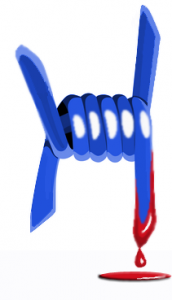 Hugging Barbed Wire
there you are
walking down a lonely road
you walk with your eyes closed
oblivious to the world
the warning signs are clear
shouting into your ear
but you’re deaf to the worried cries
turn back, we need you here

and you know you are 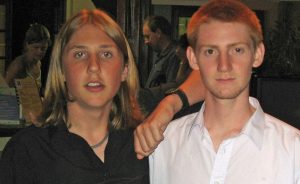 then where will you go..

I’ll let Ross tell his own story about this one… 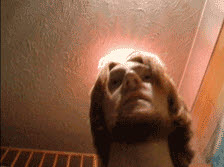 Melancholy
Do you feel it rising in the air?
Do you take comfort in despair?
I can see it plain as day
Someone please stop me from feeling this way 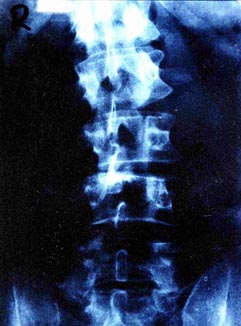 You’re weakening steeply
You better watch where you tread
You stare so obliquely
“I’ll survive”, you said
On the brink of balance
Don’t sink in silence
But speak outside
Speak outside

Ross smoked during his gap year, and following a particularly heavy session, had some very disturbing psychological symptoms that scared him. He then tried to give up – too late as it turned out, he is one of the unlucky minority for whom marijuana is psychologically dangerous….  Do you feel lucky? But he wrote this mesmerising song about the process.

Blame Marijuana
I analyse when I get high
I find out everything about you
I manipulate, an altered state
And lie low, guilty of wanting you

Roll up again, a foe and friend
Lie back and let it overcome you
Breath in a leaf, through coughing teeth
The Cycles, insanity is in you